Over the past months, the engineers at InnoVfoam have been working on a stand-alone fire extinguishing system assembled in two 10-ft containers. In late February, the customer was present to see the successful Factory Acceptance Test (FAT) at InnoVfoam.

The container systems were delivered complete with extinguishing monitors, foam tanks and inline proportioners. These will be used for fire protection during transhipment of flammable liquids and will be installed on the various port quays.

An identical system was previously installed in 2015 to the complete satisfaction of another customer, Vopak Terminal Antwerp. In fact, the present order came about because of that satisfaction.

During the FAT, the entire system was functionally tested. The system operates with a total flow of 6,000 litres a minute and has a spraying range of approximately 60 meter. It can also be operated remotely by radio control, giving the system operator the guarantee of optimum safety and efficiency at all times, and enabling immediate deployment in the event of an emergency.

We have added some photos of the FAT for you to see how it went. The system is expected to be put into operation on site before the summer. 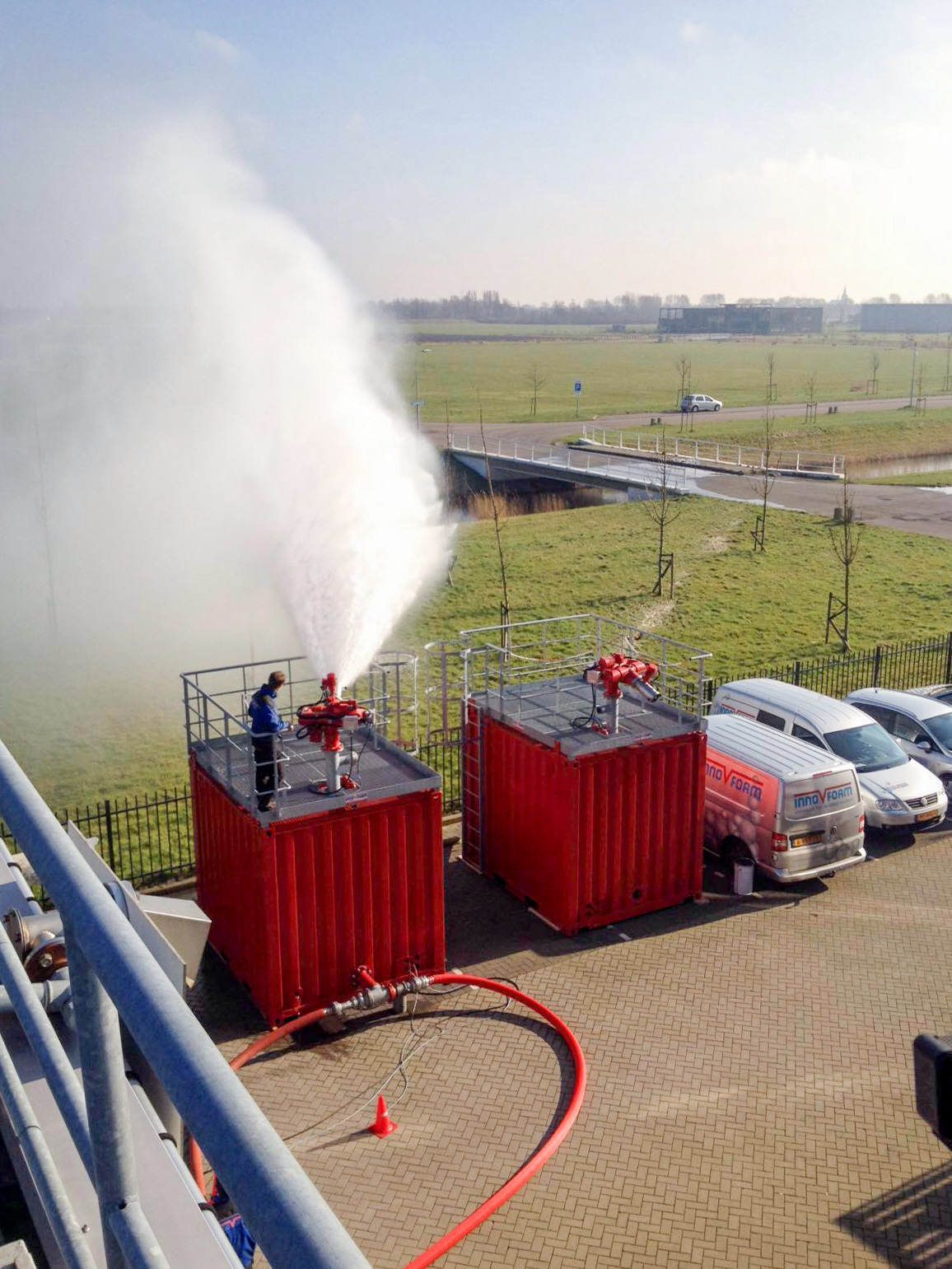 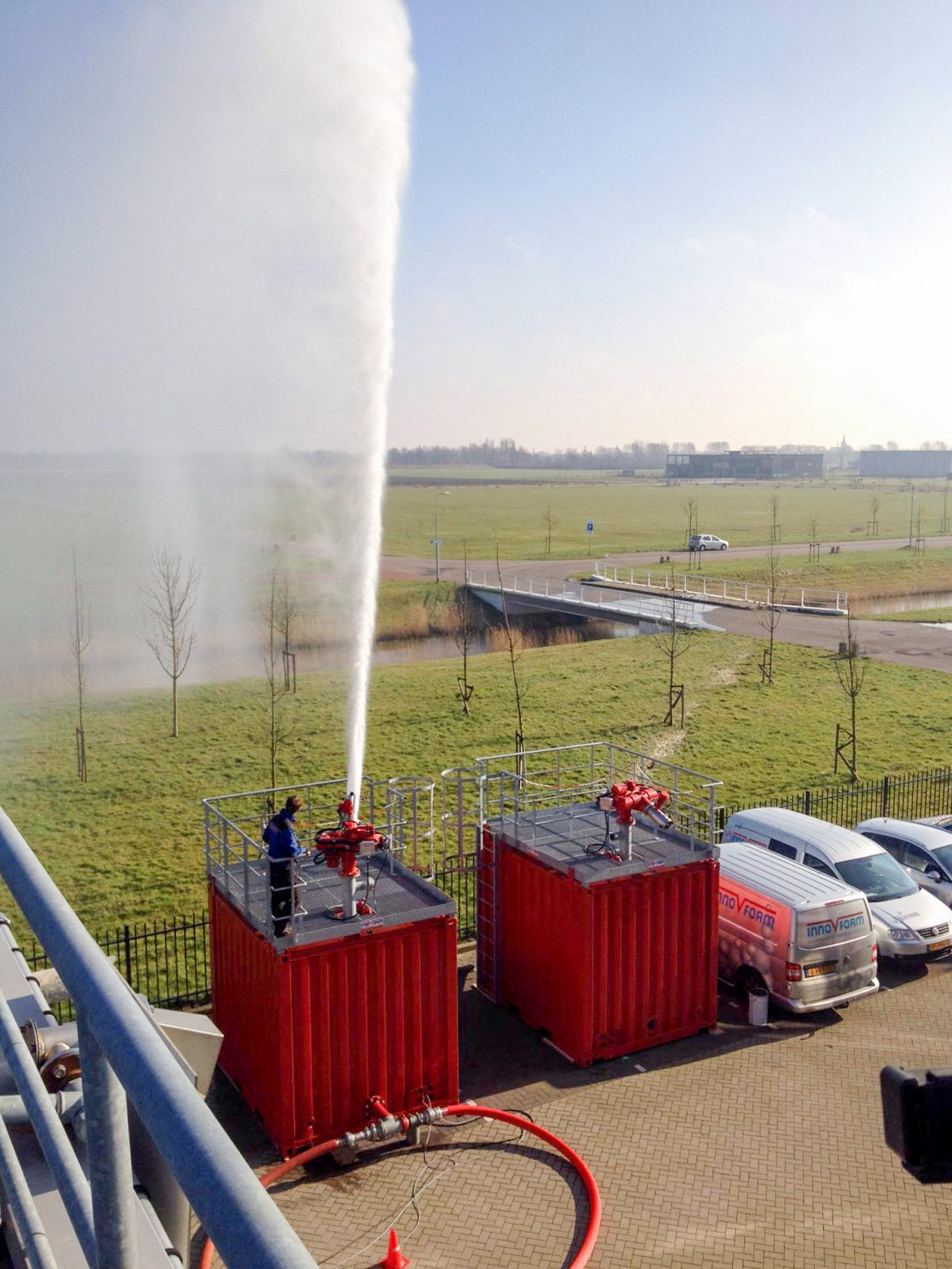