In June 2013 the InnoVfoam team was present at a live test of a fire extinguishing system in two new production halls of the biggest passenger aircraft in the world.

In each hangar the following systems are commissioned:

Further is it thanks to the advanced monitor control possible to postpone an extinguishment by using the ‘delay pushbuttons’ that are mounted in several  strategical places in the hangar. The monitors are programmed in a way that they can oscillate in specific directions and can produces water and foam automatically.

The InnoVfoam team has explained the operation of the fire monitors on the spot. The complete system was tested and successfully commissioned in presence of the client Calanbau GmbH and he end client. 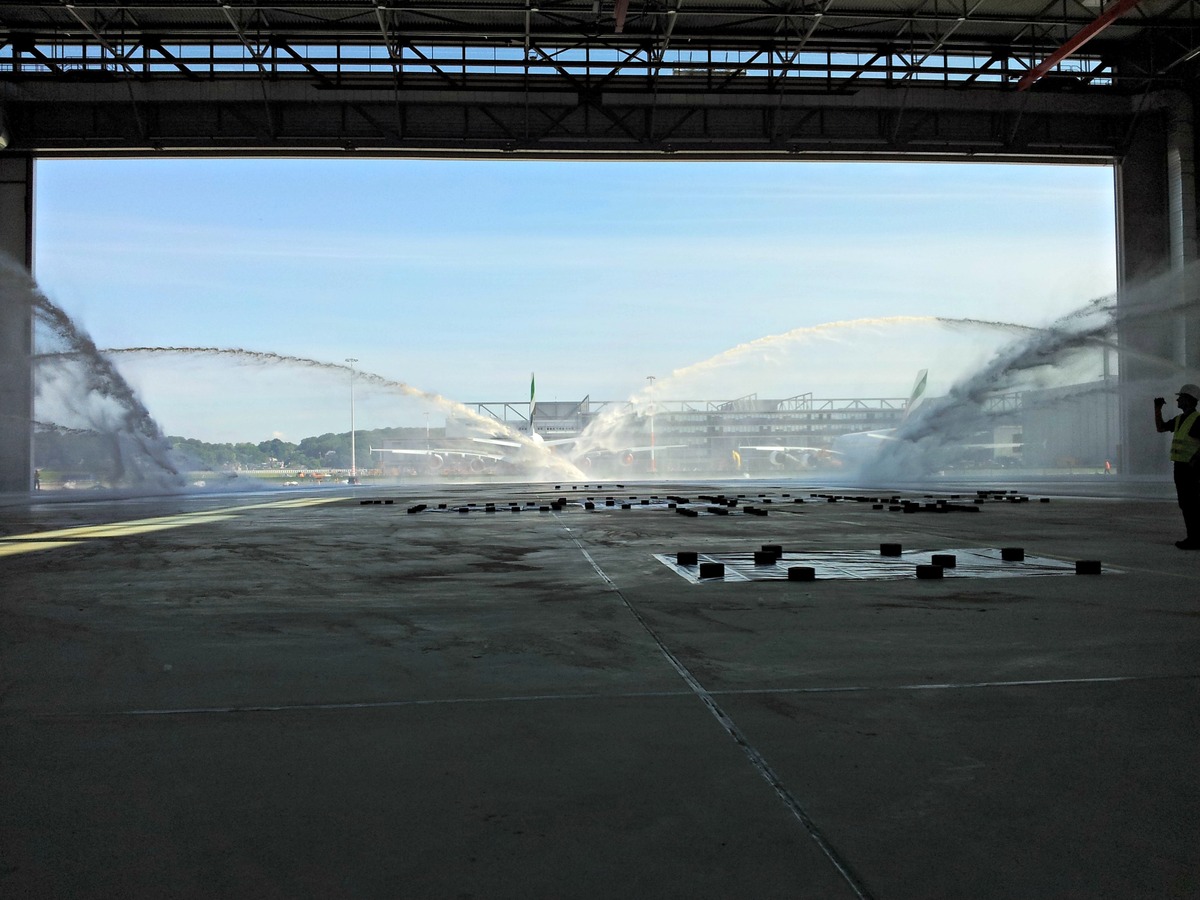 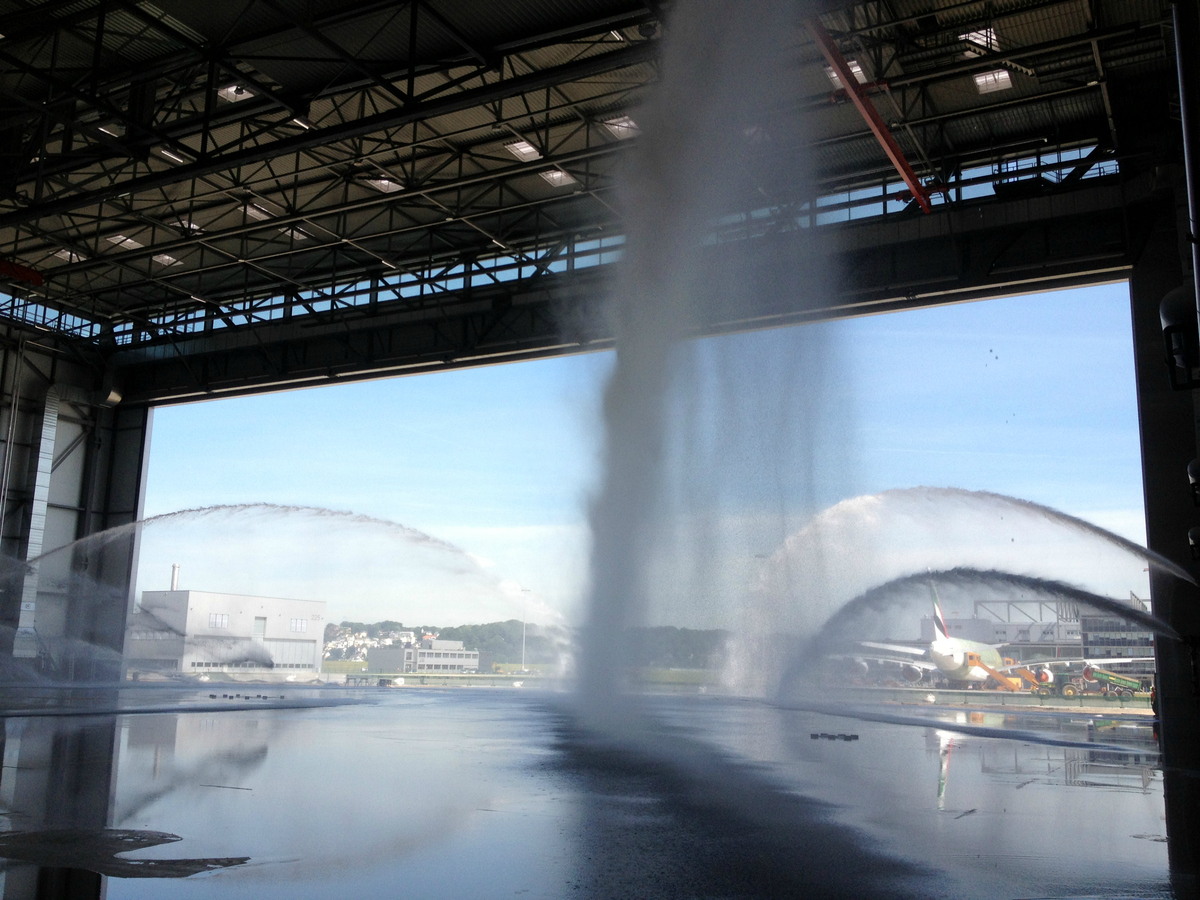 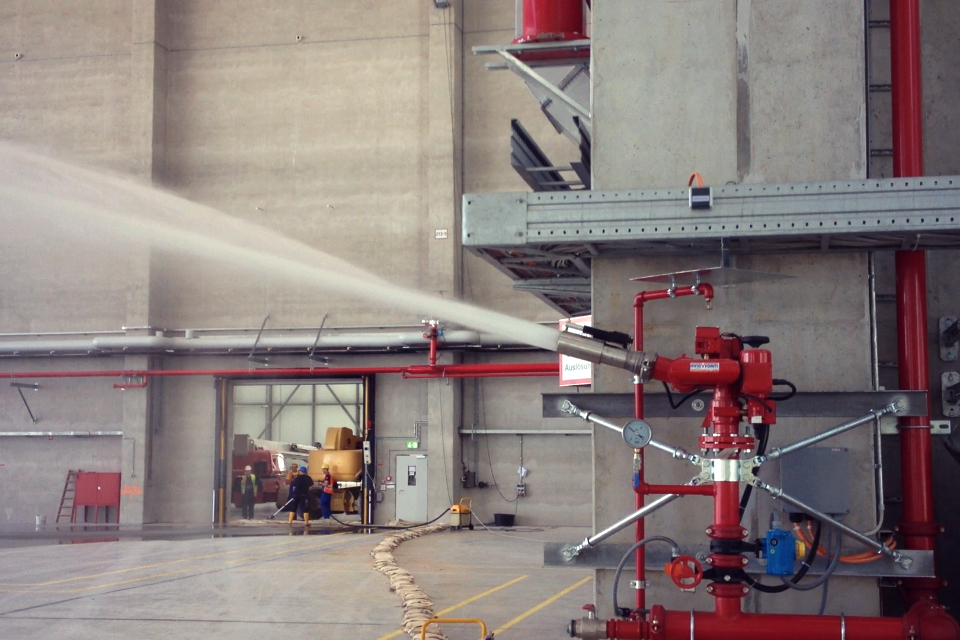 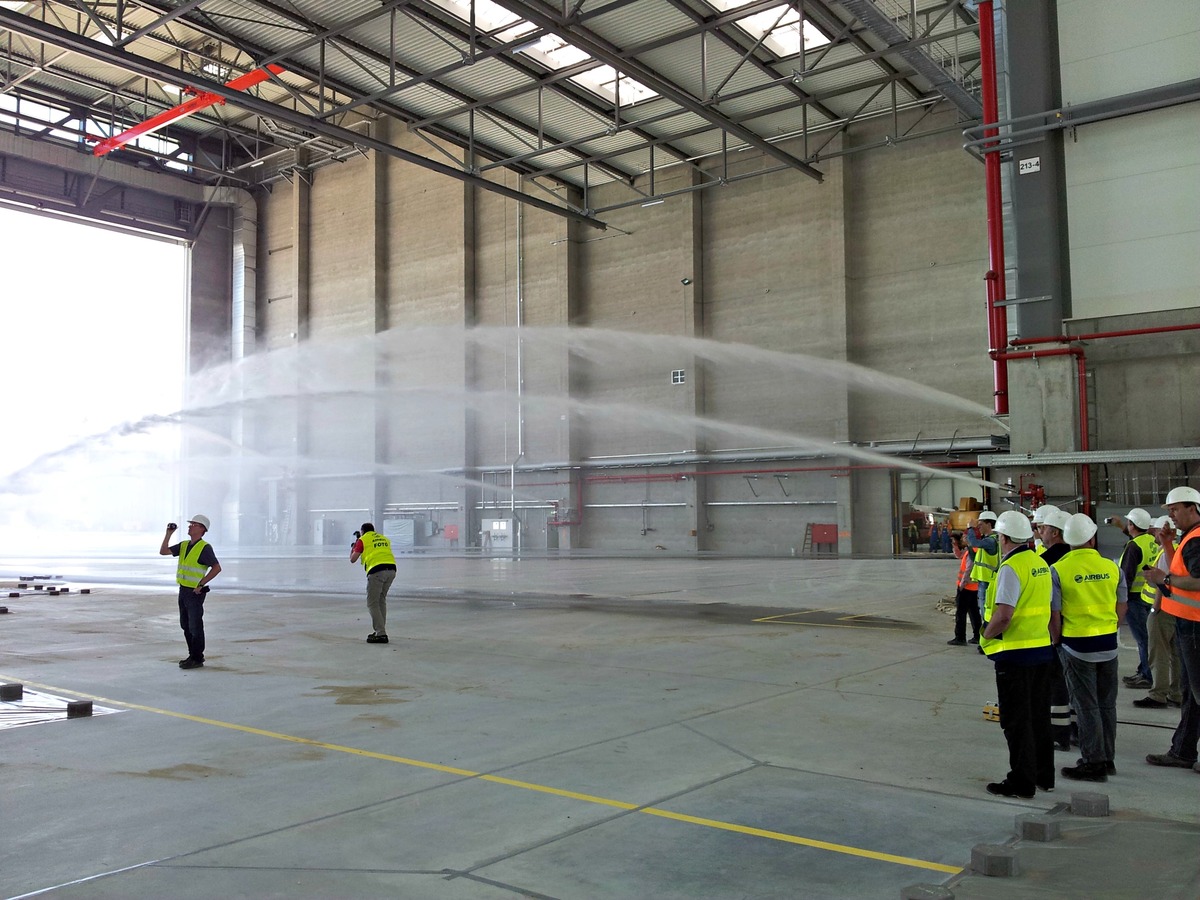 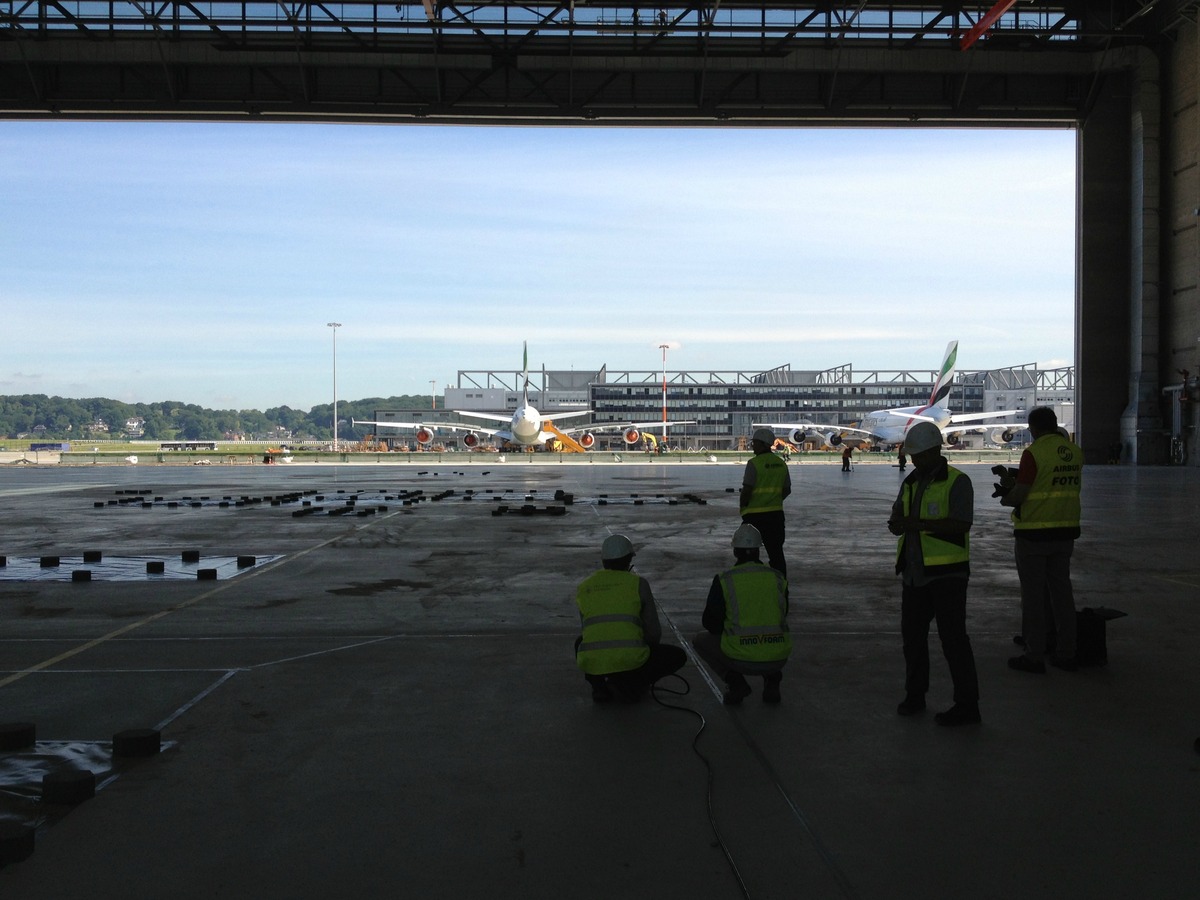