Using DIFFS has a number of important advantages.

The take-off and landing at a landing site is the riskiest part of flying a helicopter. The weather and wind often make landing difficult and increase the risk of a crash. In marine applications, the additional wave motion of the ship is yet another factor. This three-dimensional move- ment must be monitored by the pilot to ensure a safe landing. Should the landing end in a crash, it is highly likely that a fire involving fuel could occur.

The installation of distributed special foam nozzles (DIFFS nozzles) in the helipad together with a skid-mounted foam proportioning system ensures that the platform is quickly and efficiently covered with extinguishing foam. Due to the even distribution, the extinguishing foam is able to reach the entire surface, while the vertical jets also help in extinguishing the helicopter. For a helipad on a super yacht, the DIFFS nozzles are supplied in glossy and polished stainless steel, which is ideal for installation in teak platforms.

The DIFFS system with skid-mounted foam proportioning system is supplied with extinguishing water via the fire pumps on board. It is acti- vated with a push button located near the helipad, after which the system automatically sprays fluorine-free foam from the nozzles. It can also be operated from the bridge of the ship.

Maintenance of a DIFFS system is limited to keeping the nozzles operational, which can be achieved using a special tool from the helipad. The foam proportioning system is equipped with clear testing features that make it easy to test and maintain the system.

This solution includes from the following products

The products are adapted to the wishes and requirements of your specific issue. 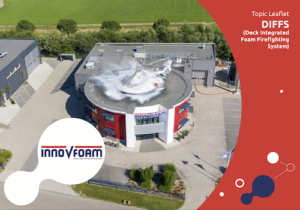 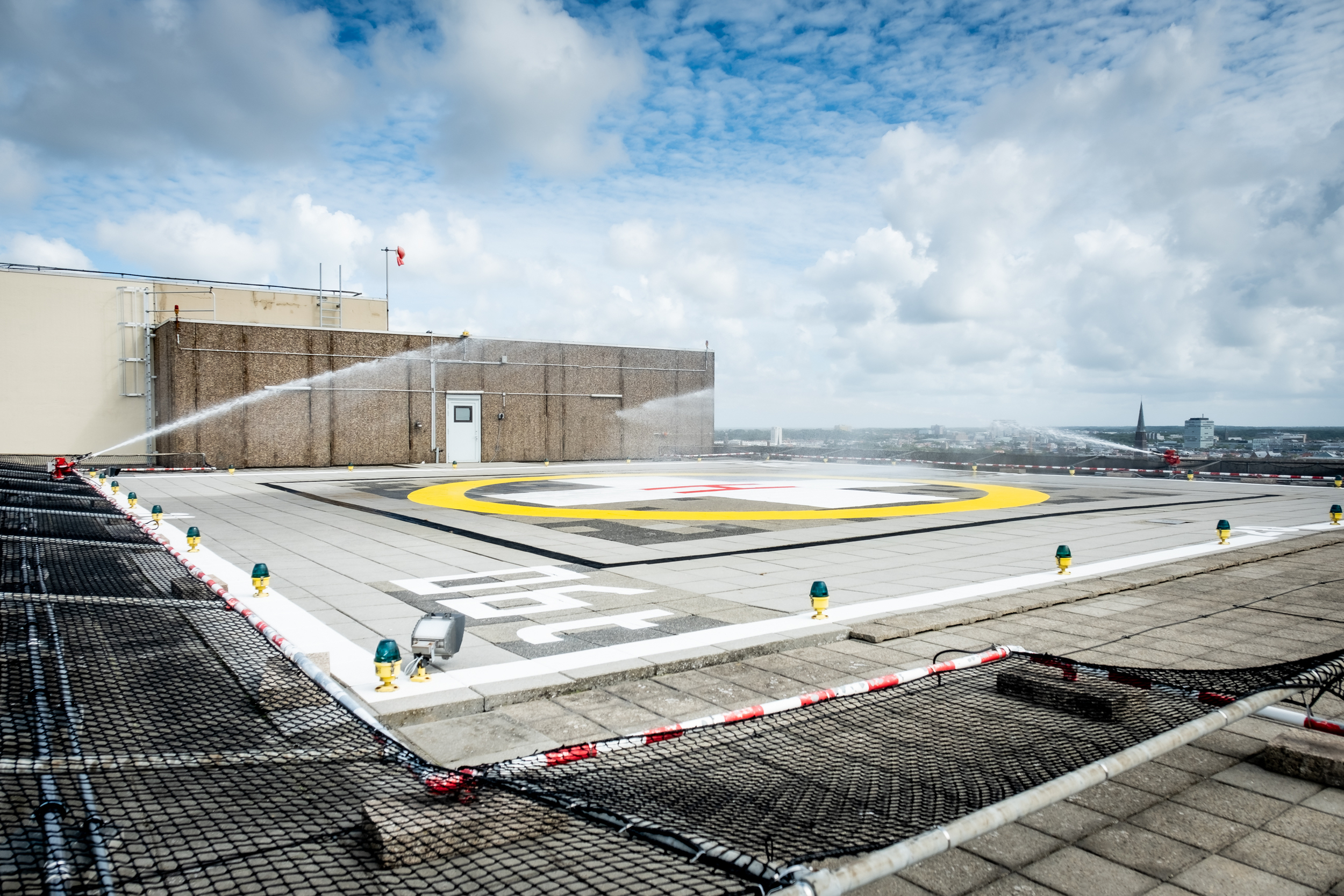 On Tuesday, 7 July 2020, InnoVfoam officially handed over the new helideck system to the HMC Westeinde Hospital in The Hague. With a select group of invitees in attendance, the H1 helideck was successfully tested and taken into use.